Ti Malice had this friend who kept coming to his house for food. This annoyed Ti Malice as his friend used to come to his house daily to eat. Some of us can relate, we have that one friend who always comes like an hour or 30 mins to meal times. So one day Ti Malice decided to prepare a sauce with lots of spices (something I always do). He even went to the extent of putting a lot of pepper to the sauce so that it becomes hot (so that you do not ask for some…haha). His friend as usual made his stop, once he tasted, he quickly rushed out of the house screaming. Ti Malice was happy that his plan had worked but alas, to his shock his friend had gone out to call his friends to come and taste the great meal his friend had made. He claimed it was the greatest sauce he’d ever tasted; he liked the many spices and pepper used. (Haha clearly no weapons formed against him were going to prosper!)

Hence the sauce named after Ti Malice Sauce. This sauce is common among the Haitian people and often used in all their dishes.

Heat the vegetable oil in a sauce pan over medium – low. Add the shallot and let them cook for about 30 seconds. After which you will add your measured amount of tomato paste and stir. Be careful not to burn them. To dilute the mixture add ½ cup of chicken of broth and bring to boil.

Add 1 tablespoonful of Haitian marinade(tout-trempé) as well as the lemon juice and stir gently. When it is well mixed, add the rest of the chicken broth, salt, a cup of water and bell pepper. When the sauce begins to boil, reduce the heat and simmer for 3 minutes.

Last but not least add the sliced onion, the bonnet pepper, the chili pepper, the thyme, the parsley and 3 cloves. Cover and simmer for 2 minutes before turning off the heat. Make sure to leave the lid so the onion and chili cook with the steam. 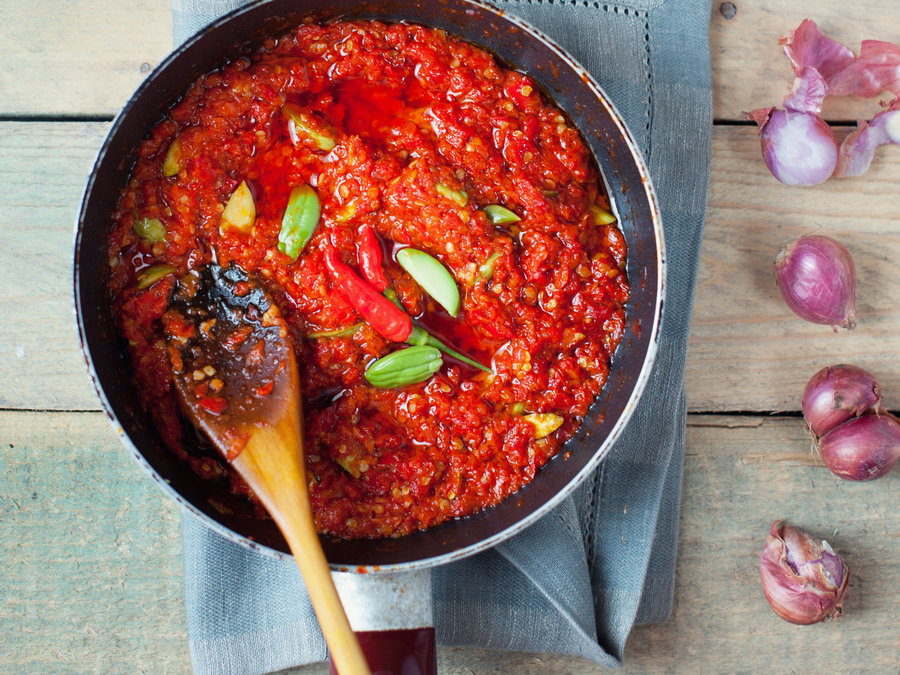